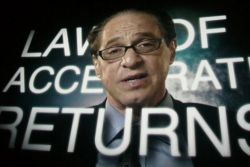 One reason why I can stare at a computer screen most of the day, while being the mother of a two-year old, is because what I do is valued more than what my nanny does.

My nanny definitely fits into the Occupy movement’s 99%. She raises my child, scrubs the house, and hosts play groups, while I produce documents, sit in meetings, and come up with ideas.

I can only hire her as my nanny, because I receive more money than I pay her. If this would not be the case, I would not be able to afford a nanny and have this job. It seems to be a logical consequence of a capitalist system that defines value on the basis of supply and demand. Those who are higher educated, healthier, more industrious or capable, will be more in demand for highly valued positions than those who are less educated, sicker, lazier, or less capable.

The plus side of the system is also its downside: it is amoral. In theory, everyone has equal right (at least in democratic societies) to pursue certain career paths, yet in practice our capitalism favours the strong over the weak. We may have equal rights, but we are not similar. We are not born with the same abilities, access to networks, and resources. Therefore our starting points differ. Our capitalism thus rewards not only on the basis of merit, but on the basis of birth. And that makes it inherently violent. Because the less endowed suffer the consequences of inequality for reasons outside of their own control, our capitalism contributes to direct violence. Because inequality is institutionalised in the design of our capitalist markets, it contributes to structural violence. And because our capitalist discourse legitimises all of this, it contributes to cultural violence.

Of course, some societies have sought to soften the downside. Governments introduced proportional taxing to redistribute resources. They have offered scholarships and established hiring quota for weaker groups. They have set limits to salaries paid for with public money (‘Balkenendenorm’). They have created social workplaces. Yet the problem is: our current understanding of what capitalism is, makes inequality not just a negative externality that we can correct with social policies, but inherent to the functioning of the system. For as long as we do not change our minds, inequality will continue to exist.

Unless we choose to do it differently.

One idea, as coined by Johan Galtung in personal conversation, is hourism. Instead of making value contingent upon offer and demand, hourism postulates that every human life is equally valuable. Therefore, each human should be equally rewarded for every hour of it spent on work. That means: no difference in salary between me and my nanny. One hour of her life, for one hour of mine.

Let’s imagine it for a moment: all of us earning the same salary. Would the non-financial benefits of our jobs be sufficient to motivate us to continue working and have a productive society? Or would we en masse become work-shy and society “grind to a halt” (to use Ayn Rand’s expression)? If we do not see numbers increasing on our pay-checks, would we keep on investing, chasing ambitions?

“To business we love, we eagerly arise, and go to with delight” said William Shakespeare. Many of the elderly, who volunteer to work while cashing in royal retirement funds, might agree with him. And perhaps many of us, working class people, too. Economic security is not the only human need work fulfils. Yes, job satisfaction depends on economic benefits, but also on the nature of the work itself, the social relationships, the sense of autonomy, and job security (as psychology research suggests).

But, you may ask, would we really live in a more peaceful society? Does hourism not perpetuate inequality, too? Some people make extraordinary investments in terms of money, time, and energy. Some take great risks, bear tremendous stresses, more so than others. Do they not deserve to be rewarded?

Maybe not. Hourism might argue that the people who invest, innovate, and bear great responsibilities, have greater capability to do so than others; and that distinguishing on the basis of capability is inexpedient. Not everyone can be, or would like to be, a surgeon, states-person, or plumber. We could still be competing for positions of our preference. Yes, some jobs require more training than others, but in an hourism-society, perhaps we are paid to study. This idea is not alien to capitalist societies (think of PhD-scholarships and the Dutch ‘studiefinanciering’).

Hourism too, may not be a perfect alternative economic system. Just like our capitalism, or any other alternative economic system for that matter, it is likely to have disadvantages. The more important point is: Which disadvantages are worse? The people suffering from inequality have long been calling for revisions of our current economies. As long as their suffering continues, we should try to come up with ideas. Perhaps, as we find ourselves in economic crisis today, we are more receptive to their call?

And my nanny and I?

Ah, my salary is about the same as Average Jane’s and I pay my nanny the local market price. So far the arrangement allows me to sleep at night. I’ll admit, I sometimes dream the classical 99% dream too: How would it be, being ‘the 1%’…?

Another day behind the computer screen. 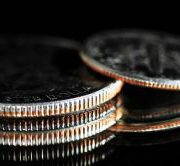 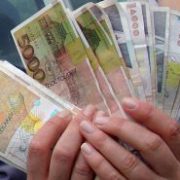 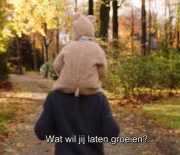 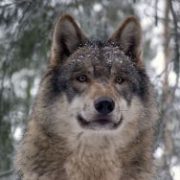 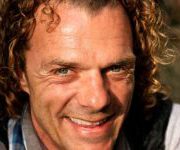 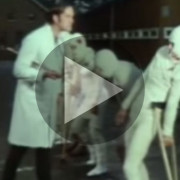