President Obama’s personal expression of support for same-sex marriage on ABC is sure to galvanize a new wave of gay rights activism across the country. It’s a heady moment—where might it lead?

The vibrant coalitions that developed this year in North Carolina, where activists fought simultaneously against a constitutional amendment banning gay marriage and against anti-immigrant and anti-worker legislation, offer a vision for a more expansive and radically engaged form of LGBT organizing than the narrower struggles for marriage equality that have dominated the activist landscape in recent years. It’s a model that I hope organizers in other states will look to in this moment of renewed energy.Even though the majority of North Carolina voters cast ballots in favor of the anti-gay amendment, which was worded so broadly that it could threaten domestic partnership protections for all couples, the fight against the measure has offered a sense of the sort of multi-issue coalitions that, if replicated on a national scale, could bring about significant social transformations. Before writing off the North Carolina struggle as a total defeat, it’s worth watching this video of North Carolina activists discussing all that was built and won, despite the loss (click below to watch the video):

After years of watching Obama make strategic compromises rather than use his influential position to rally mass energy around the idea of health care as a human right or the wrongness of torture, it was heartening to watch him take a principled stand on this issue, despite the political dangers and risky timing. Regardless of whether marriage equality is the right goal for LGBT activists to be focusing on right now (rather than, say, an employment nondiscrimination act), Obama’s announcement feels meaningful on a symbolic level. So often the gay marriage debate seems to stand in for a more basic discussion about whether queer and transgender people deserve the same compassion and respect as heterosexuals and people who identify with the gender they were assigned at birth. In this context, it does feel new and meaningful for a president to refuse to cave to right-wing pressure to paint gay people as somehow monstrous or less than human. Not that we needed his approval, but still…

Yet it’s important to remember that the direction that state-based organizing takes in the coming months—not Obama’s personal views—is what will determine whether today’s high hopes translate into policy changes in the future. This is particularly true because Obama’s statement of support, though welcome and encouraging, came with no active policy commitments. In fact, as John Cook pointed out in a hard-edged Gawker article, Obama arguably affirmed the notion that states’ marriage bans are valid and constitutional by stating that he believes the right to gay marriage should in fact be decided on a state-by-state basis, even though he personally thinks that “same-sex couples should be able to get married.” 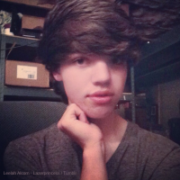 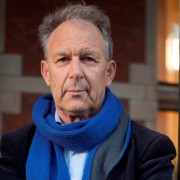 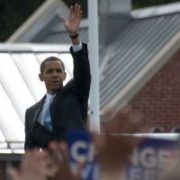 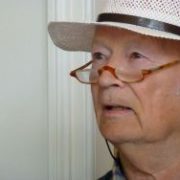