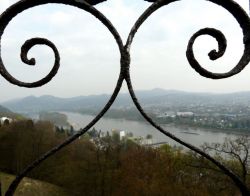 In the Lankavatara sutra, the Buddha compares his teachings to fingers pointing to the moon: “As the ignorant grasp the finger-tip and not the moon, so those who cling to the letter, know not my truth”

What is Buddha’s truth? Let us say for the moment that it is about seeing ‘things as they are’. Or the nature of reality, and how we relate to it. Now, if we imagine that languages are also teachings, what follows then, from what the Buddha said?

Of course we can discuss what ‘knowing a language’ or ‘reality’ means. And whether this exercise is at all appropriate, replacing buddhadharma with languages just like that. But let’s save that for another occasion. The point for the moment is: if the deduction above holds any truth, am I a lucky person, or what? With all those language trainings…

I recently learnt interesting things about reality from my Nepali language teacher.

For example, that you cannot do something without existing first. Existing is basically considered a prerequisite for doing anything else. That is, by those speaking Nepali of course. You and I are free to disagree.

In Nepali, I cannot eat, walk, sit, or understand, without being too. Ma khaanchhu, hiDchhu, baschhu, bujhchhu… translates as: I exist to eat, exist to walk, exist to sit, exist to understand. The -chhu at the end comes from ‘hunu’, meaning ‘to be’ or ‘to exist’ in its fullest sense. It implies that the whole universe comes together for you to exist and… put the garbage outside, or perform some other significant human action.

Another thing I learnt is that the present is a very small moment, at least in Nepali.

My teacher says this is because, according to Nepali’s, most of the things we talk about, started and happened in the past. By the time I say “it rains”, it has already been raining for a while. On the other hand, we can only talk about the future in the present. And the present is a very short moment. Before you know it, it’s gone.

So while currently existing to cling to Nepali letters, perhaps, with each letter, I learn not only the language, but about Buddha’s truth too.

Now let’s see. What is my garbage still doing here? 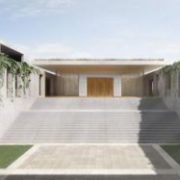